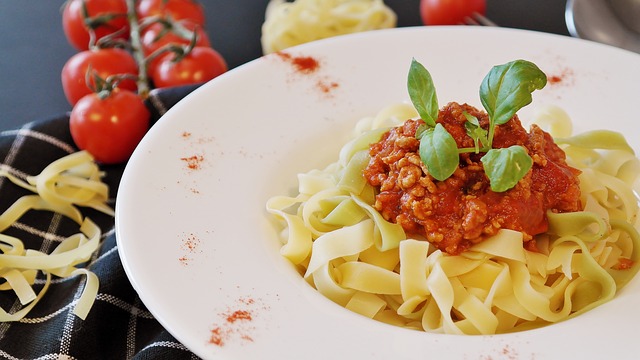 If you’re planning a trip to Italy and you’re determined to stick to a healthy diet and keep yourself fit, there’s no need to be concerned. Authentic Italian food is actually much healthier than many of us imagine, and the health, wellbeing and longevity of the Italian population is a shining testament to the Italian approach to food.

So whether you’re thinking of heading off on a city break in Rome or you’re looking for villas for rent in Tuscany, you can rest assured that it’s much easier to eat healthily in Italy than you may have previously assumed.

When most of us think of Italian meals, we think of dishes that are packed with carbohydrates and fats. The abundance of pasta, the rich, indulgent and often creamy sauces and the liberal use of cheese and bread can make Italian food seem truly impossible to work with for those individuals concerned with staying fit and healthy.

In truth, this tells us much more about our false stereotypes of Italian cuisine than it does about traditional Italian food itself. Whilst Italian restaurants outside of Italy are in the habit of serving huge portions of pasta and sauces cooked with butter and cream, Italians themselves actually take an entirely different approach to preparing their dishes. Traditional carbonara, for example, is made with eggs and absolutely no cream – and, as is the case generally in the south of Europe, preference is given to olive oil over butter in all but a few dishes.

Nevertheless, it’s always a good idea to do some research into the local food before you head off anywhere for the first time. Below are some of the key things to keep in mind when it comes to staying fit and healthy on your upcoming Italian adventure!

Pasta and the Italian Meal Structure

A traditional Italian meal is structured quite differently from how many of us are used to eating, and it is this basic fact which gives rise to many false assumptions about Italian cuisine. Whilst the idea that Italians eat large portions of pasta multiple times a day is a common stereotype, it isn’t entirely accurate. Whilst it is true that it is not uncommon for Italians to eat pasta on a daily basis, and even to eat it more than once on any given day, pasta portions tend to be much smaller than their equivalents outside of Italy.

This leads many people to assume that Italians in fact consume pasta only as a starter, which is also untrue. In reality, pasta dishes are usually considered as ‘primo’ dishes by Italians. In a formal Italian meal, primo is the first ‘main’ course – and it is followed by secondo, the second ‘main’ course usually consisting of meat or fish.

As well as these two fundamental ‘main’ courses, which are roughly equal in size, Italians consume antipasto, which is the starter and usually includes small portions of meats, cheeses and vegetables, and contorno which is a side dish and is almost always vegetable-based. Finally, they tend to follow the main courses with a large garden salad.

As a result of this meal structure, portions of pasta are traditionally quite small in Italy. And whilst in practice today many restaurants expect their customers to order only one main course, and therefore increase the portion sizes accordingly, the norm in Italy is to order a large salad and/or a vegetable side with a pasta main – and so you’re almost certain to receive smaller portions of pasta than you’re used to getting in the English-speaking world.

The smaller portions of pasta and the accompanying salads and vegetable sides all serve to make pasta a much more balanced meal in Italy than it is elsewhere in the world. But even so, it’s probably best to avoid over-indulging yourself too much on pasta during your visit!

One easy but effective way to ensure you eat healthily and stay fit while in Italy is to focus more on the secondo dishes on Italian menus. As already mentioned, these dishes tend to be primarily about meat or fish – and almost always come with side vegetables as standard.

If you’re visiting Tuscany, arista alla fiorentina is a popular secondo involving succulent pork loin roasted with herbs and garlic. Served with plenty of vegetables, it is one of the region’s signature dishes and is a standard for many Italian Christmas dinners. Secondo can vary greatly from region to region, but ordering it instead of pasta as a main course is a great way to avoid a carbohydrate overload and ensure you’re getting a fully balanced diet.

Even if you do decide to stick to secondo where possible, you’re likely to find yourself eating plenty of pasta while in Italy. And whether you’re having it as a main course with a salad and some bread or as a primo before some fish and vegetables, it’s important to think carefully about the particular sauce you order. This decision can ultimately be the difference between a balanced and an unbalanced meal.

There’s no avoiding the fact that some sauces are simply not healthy options. Alfredo, made with butter and cheese, may be one of the most famous and popular Italian sauces in the United States, but in Italy it is a rare treat. Even when Italians do eat Alfredo, their habit of having only as much sauce as is needed to lightly coat the pasta helps limit the damage, but it is naturally best avoided altogether by those looking to maintain a truly healthy and balanced diet.

Instead, try ordering a simple pomodoro sauce: tomatoes form the base of many Mediterranean dishes, and it’s no secret that the Mediterranean diet is one of the healthiest and most balanced in the world. Furthermore, sauces like Alfredo are easy to find outside of Italy – but you’ve never truly tasted a pomodoro sauce unless you’ve tried one made with fresh Italian tomatoes that have come straight from the fertile volcanic soil of the foothills of Mount Vesuvius.

To outsiders, Italy is not usually the first place that comes to mind when thinking about healthy, well-balanced meals. But Italians do in fact tend to maintain extremely well balanced diets, and with the right information behind you there’s nothing to stop you from making healthy food choices during your upcoming trip!