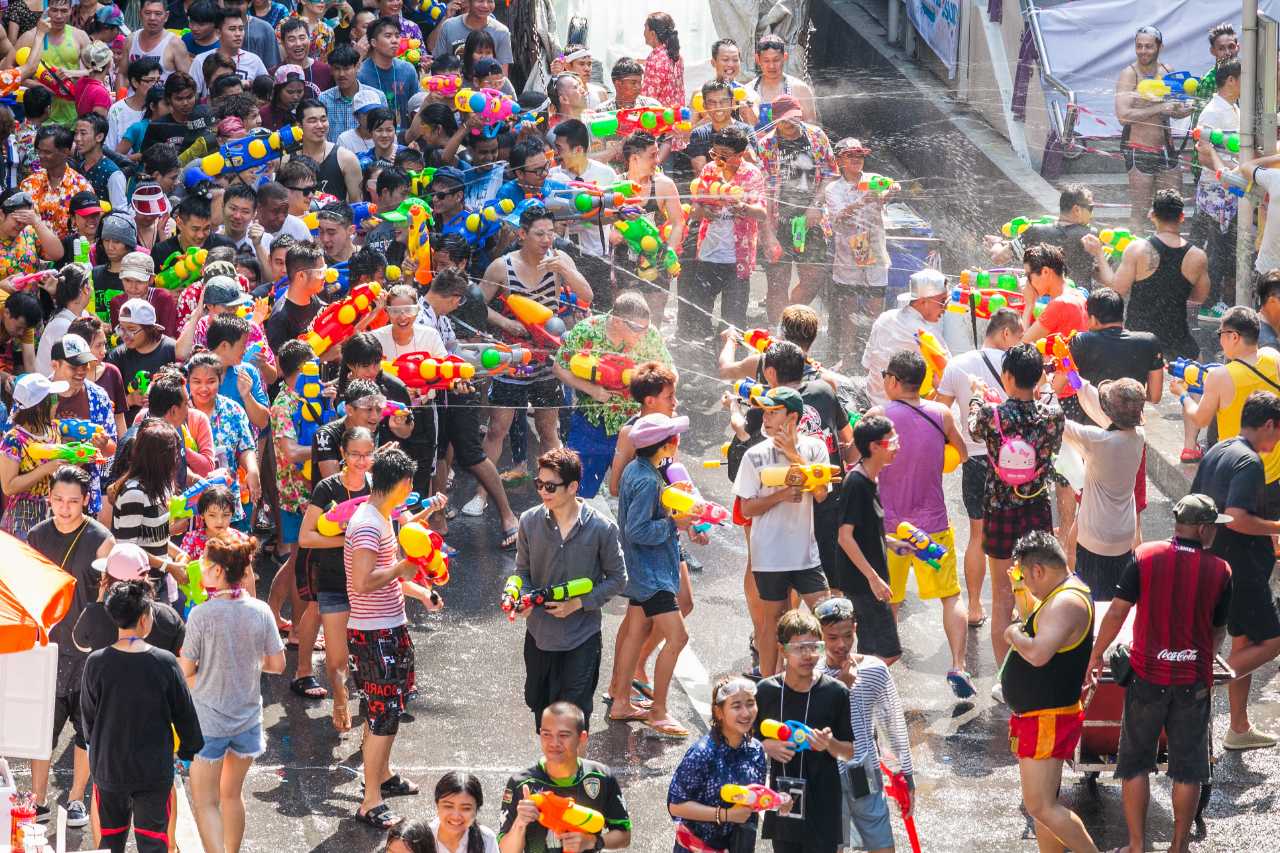 My adopted home, Thailand, is one of the most popular destinations on the planet. Millions of tourists flock here each year but most of them will miss the best festival I have seen anywhere in the world. During April everyone in Thailand celebrates Songkran, that’s when they welcome in the New Year.

I’ll never forget my first experience way back in 2008, I walked out of my hostel in Bangkok with absolutely no idea about what was going on. Within second someone had emptied a bucket of ice cold water all over me, a shock indeed! It was all done in good spirits though and before long I found myself with a water gun, beers and new found friends having the time of my life.

Songkran is easily the biggest water fight you’ll find on the planet, there really can’t be any comparison because the whole country comes out to celebrate this festival. Wherever you are, no matter how small the village, there will be a party going on. Here are 3 reasons I think you should all head to Thailand for the festival at least once in your lifetime.

Be A Kid Again

Let’s be honest, when was the last time you thought about having a water fight or buying a water pistol? If you’re over 21 it’s probably been quite a few years. I was so surprised by how much fun I had reliving my childhood with thousands of other adults, it’s the one time in the year a water fight for older folk is acceptable.

Everyone is happy during this festival. Thai people line the streets outside their homes and are so welcoming during this time. You can’t walk ten meters without something offering you a shot of whiskey or wanting a quick dance with you. Seeing so many smiling faces from toddlers to grandparents warms the soul, you won’t see Thailand as happy as it is during this time.

There are quite a few festivals in the world that I have been fortunate enough to enjoy but I can say for certain that Songkran is the best. It lives long in the memory of all people who’ve joined the big water fight, I haven’t met anyone who doesn’t like it. Experiencing the festival in several different cities around the country I can confidently say that no matter where you find yourself, you’re going to have one hell of a party!